At Harefield Gymnastics we have a team of highly qualified and experienced coaches trained to British Gymnastics standard.

Natasha Maxwell, as our Director of Coaching overseas all areas of coaching from recreational to our elite gymnasts. Her team of coaches includes a number of former championship gymnasts who provide a wealth of knowledge, expertise and experience, backed up with British Gymnastic qualifications.

All our coaches hold the appropriate level of child protection security checks including DBS and Safeguarding certificates. 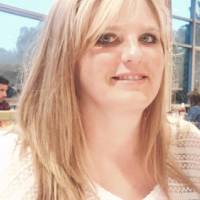 Natasha is our Director of Coaching, founder and joint owner of Harefield Gymnastics. As an international, high performance coach, Natasha has been involved in gymnastics and gymnastic coaching for most of her life. She began her coaching career when she was just 15 years old and has coached ‘Team GB’ for acrobatic and European games. Prior to founding Harefield Gymnastics, Natasha was head Acrobatic Coach at Harrow Gymnastics Club. 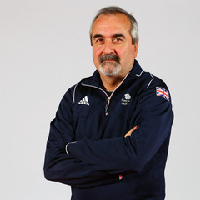 Ventsi is an international, high performance coach for acrobatic gymnastics and has been coaching gymnastics for over 31 years. Ventsi has been instrumental in coaching gymnasts to achieve medal success at both European and World Championships, during his long career as a coach. He also achieved great medal success himself as an acrobatic gymnast, collecting over 30 individual medals at European and World Championships and at World Cup level. Ventsi is also an assessor for British Gymnastics coaching exams and a great asset to the Harefield Gymnastics Coaching Team. 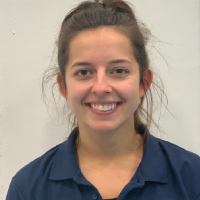 Rachael is a senior coach and has been associated with the club since it was set up in 2006. Rachael was one of Harefield Gymnastics’s elite performance gymnasts, having moved to Harefield Gymnastics at the age of 14. She went on to compete as part of the Great Britain national team, winning gold at the European Championships. Rachael has a degree in Sports Science, is a qualified nutritionist and is a full time secondary school PE teacher. 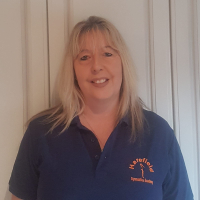 Anita has coached artistic and acrobatic gymnastics for over 25 years and joined Harefield Gymnastics over 11 years ago. As well as her extensive coaching experience, Anita has a sports degree, is a qualified sports injury physiotherapist and also currently works as the ‘school sports co-ordinator’ for the Watford and Hertsmere Partnership. Before this Anita was a primary school teacher for 12 years. 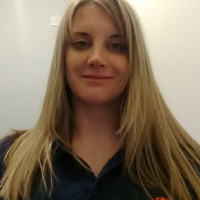 Nicola is a senior coach in artistic and sports acrobatic gymnastics. She has over 24 years experience both squad and general gymnastics having started her coaching career at the age of 15. As a competitive gymnasts herself, Nicola competed and meddaled at international level, competing for the Great Britain Tumbling Team. Nicola is a qualified physiotherapist and has worked at various private and NHS hospitals as well as local clinics. 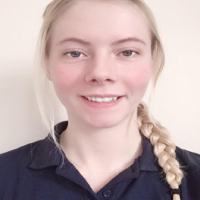 Kathryn is a former performance gymnast who has been with Harefield Gymnastics since she began competing at the age of 10. Kathryn started her coaching career at the age of 14, when she began to coach on a voluntary basis while still competing at an elite level. Kathryn has extensive experience of competitive gymnastics, competing at local, national and friendly international level, in both a women’s pair and women’s trio. An experienced gymnast and qualified coach, Kathryn started coaching her first squad at the age of 16. She has since developed her coaching experience and now coaches a number of our recreational classes and squad groups. 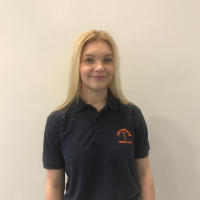 Amber competed as a base in a women’s trio and women’s pair as a competitive gymnast for many years. Since gaining her coaching qualification she is now coaching both recreational gymnastics and our younger squad gymnasts. She achieved much success medalling at the British Championships and regional competitions. Amber has been with the club from a young age and has been coaching for the last few years.

Fran has a wealth of experience and has been coaching since she was 14. She spends most of her time coaching our NDP gymnasts and has her level 1 coaching qualification. As a very successful gymnast herself Fran competed at both the English and British Championships and trialled for the GB World and European team. She has won medals at regional, national and international levels.

Janice trained at the Italia Conti Academy of Arts and was a scholarship student at the London Studio Centre. She has been teaching and choreographing for over 20 years. Once a professional dancer herself Janice teaches our gymnasts Jazz and Contemporary among other disciplines. Janice has been working with us since March 2018 and brings a wealth of knowledge to the club. She is instrumental in the choreography of routines and works with gymnasts on expression and performance for competition. 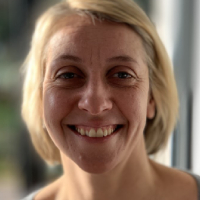 Once a professional dancer herself Victoria takes all our squad gymnasts for ballet. She works with the gymnasts on technique and spends time helping to choreograph and polish competition ready routines. Victoria is a fabulous asset to the club and has been working with the gymnasts since March of 2018. Her attention to detail is world class and her love of ballet evident in her work with the gymnasts.

Natasha began her coaching journey with us in 2019 following her retirement from competitive elite gymnastics. Natasha has competed as a top in a women’s group and more recently as a base in a women’s pair. Natasha is an Assistant Coach working with our younger gymnasts and has recently gained her level 1 coaching qualification.

Emily began her coaching career in 2017 following her retirement from competitive gymnastics. Emily has competed as a base in a women’s group and has many years experience. Emily holds her level 1 coaching qualification and coaches our younger gymnasts as well as playing a significant role in our general gymnastics classes.

In addition Harefield Gymnastics has a number of coaches working alongside our main coaching team who are currently studying for coaching qualifications.We encourage our younger performance gymnasts to volunteer, to develop coaching skills and pass on their knowledge and expertise of the sport, while they are still competing gymnasts.